When the Sodahberk music started to become more rock than electronics,  I formed a band to be able to play the songs from the album live (although in rather different form). This band later became something of it's own : Harr.

We first played as a band (under the name Dwayne Sodahberk) at the Norberg Festival in 2008 and did a handful of shows in Sweden and Europe  antil the last one in december 2010. Then the idea of a band of its own was already born.

An album has slowly been recorded since  2008 and with a lot of luck it will be finished. 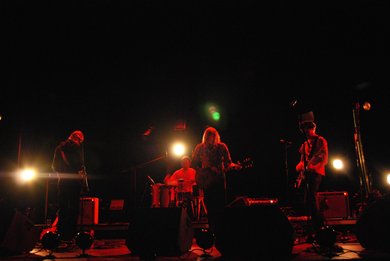